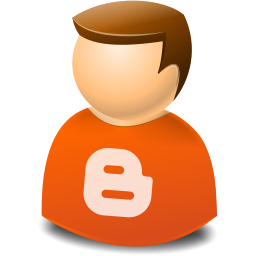 Russia recently passed a Law that speaks about the Blogger business (not the service, the individual). As the weird New York Times article puts it:
Widely known as the “bloggers law,” the new Russian measure specifies that any site with more than 3,000 visitors daily will be considered a media outlet akin to a newspaper and be responsible for the accuracy of the information published.
Besides registering, bloggers can no longer remain anonymous online, and organizations that provide platforms for their work such as search engines, social networks and other forums must maintain computer records on Russian soil of everything posted over the previous six months.
Why weird? Because it’s mostly constructed on different stories than the one intended to be in the spotlight. SO…why is it bullshit?
FIRST OF ALL…
The article and many more say: „This law will cut the number of critical voices and opposition voices on the Internet”. Why? Why would it do that? Did Vladimir Putin say: „I will hurt you for this” or did he just say: „I want to know who you are” ? Let’s get our facts straight! I’m not naive but I can’t help of thinking that a real blogger would actually go forth with his message! A lot of big bloggers are actually taking risks all the time so this wouldn’t really be something that bad for them. It would actually give them a new issue to talk about. Russia or no Russia, blogging is an international „bug”, a modern human trait.
SECOND OF ALL…
So…3000 visitors daily. And everybody is like „Oh, everyone will suffer”. A lot of bloggers are quite known but they can’t achieve 400 or 500 visitors daily. A lot of bloggers are known locally and that’s it. Of course, if that „locally” is the capital of a Country it’s possible that more people live in that capital and more people are visiting the blog. Plus…being the capital, it will attract some other curious viewers from that country. But…that’s usually rare I think. Just a hand full of bloggers reach higher numbers. But this is not the problem.
THIRD!
So…Russia. It thinks that 3000 visitors constitutes a mass-media title. Ok. What is mass media? Well. You know that Grumpy Cat? That’s actually Mass Media. Should have we known the name of the pet’s owner? No. It’s not necessary! Any media that creates a mass of interest is just a title…not an obligation. A newspaper…a tv network…those are other things.
So this is why the law is bullshit. As a Global law, as a Human law, you have the right to your opinions. I could call myself  „Crazy Joe” an say that the President did this and that but would you really listen to me? And if so, without any proof, would you really matter in the eyes of Logic? Let’s just arrest all the crazy people on the streets, shouting out about Jesus and Aliens! It’s just what it is. If a person says: „Hey, I can eat rocks and they taste good” and he creates a cult (which could happen) you don’t arrest that guy on the terms of lying about the taste of rocks, you just let him be, expressing his opinions and creating whatever cult he desires. If he gets out of line somehow, disturbing in a real way other individuals, that’s another thing. But…I guess we should really focus our attention on what „disturbing” means to people and also on what types of people are claiming what issues exactly.
So yeah, the so-called Blogger Law in Russia is very stupid and offensive to mankind because it forces an official obligation to a non-official person. Bloggers need to think freely, they need to sometimes hide from others (exactly because of this brutal mentality about the sensitivity of every subject) and they have the right to anonymity or an alias. What? You think times have changed and this is new? Why do you think we had aliases in the first time? How many of our famous writers and artists had to hide themselves from the Government or the brutal critical way of thinking of various people? It’s really dumb that we are fighting this all over again…