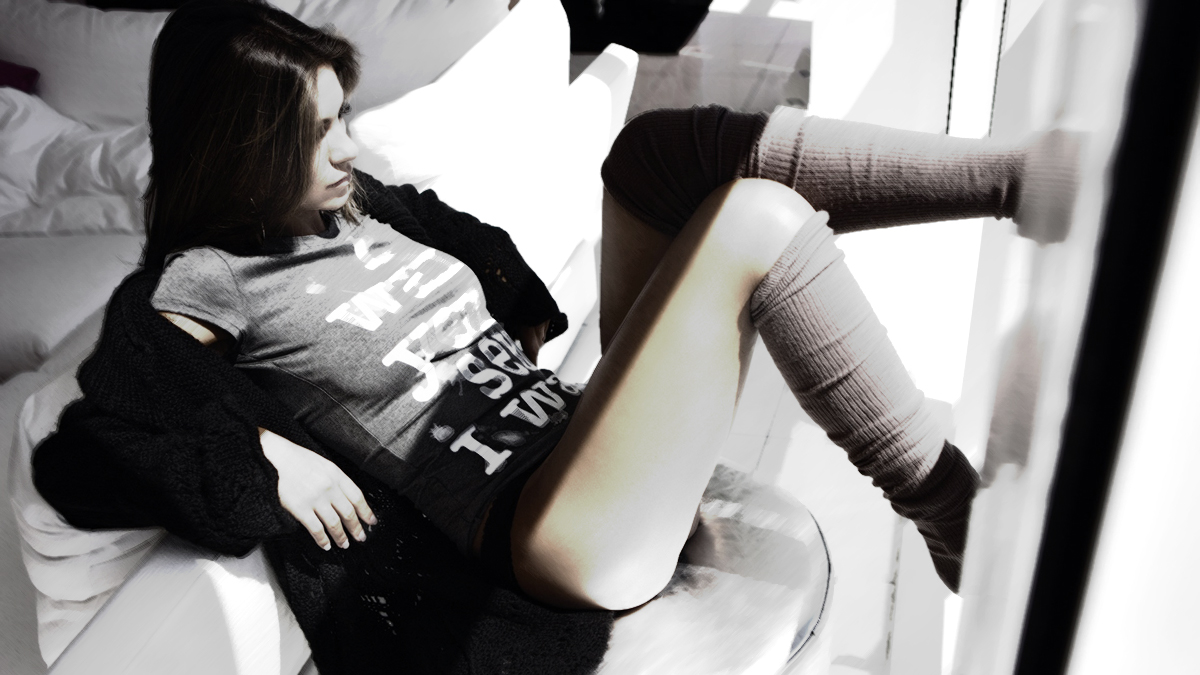 She just stood there, smoking away her cigarette while watching the traffic outside. He was laying in bed, starring at a painting from one of her bedroom walls. They were both underachievers…The underachievers.
They were the kind of people that had the bad luck of being noticed in a group because of their negative influence on some sort of a General Positive Rule in the Universe, oblivious to them.
– You don’t even care! said Hellen, a somewhat friend of hers. You’re an idealist, waiting for stuff to happen. Do something! For example, look at me! I wanted to become a lawyer and I worked hard and dedicated myself to…
It all just sounded like white noise in her head. She heard such monologues over and over again. At least he was different. He understood her, facing the same judgement himself. But that didn’t make any real difference to her. Underachievers are selfish people by default. Selfish and difficult. Well, not really selfish and difficult but…that’s how they are perceived. I mean, how can you not get dark and distant when everyone is trying to teach you some bullshit lessons about how life should be and how you should see the optimism when in fact that’s what they’re thinking about themselves and that’s what they’re just hoping to achieve for themselves, not really living up to that expectation by the way… Everybody cheats in life but these „friends” were the ultimate cheaters, faking their way through life. That’s not what she’s about. That’s not what he is about as well.
By watching the traffic outside her bedroom window she was actually making some pertinent observations about pedestrians and cars, teaching herself by observation how they abide the rules of traffic. She joined a driving course and she studied some aspects of this the only way she knew how: by learning each factor. He was laying in bed and starring at that painting not just because of being tired from some borderline crazy sex but because he just bought a professional camera and was studying the details of the image, of the idea, of the artist…trying somehow to steal some of this artist’s work and then blend it with some of his own to give birth to something new. It was a strange way to see the World but that’s actually what these creatures were about. Something different but still something of the same species. They knew people are different but the majority of people aren’t different and this majority doesn’t really care that much about different. It doesn’t matter. Some die some make it. Some underachievers just don’t care and that’s what makes them unique and powerful. Even so, some don’t care still about this power and influence they have on other people. That’s what makes them so beautiful or maybe just special or maybe just…something else.
She threw her cigar out the window and it fell on someone’s hat. That someone looked up and shouted angry things while she just stood there, bravely starring in that person’s eyes. The person left. She turned around and was startled by him. He smiled and gave her a hug. He kissed her.
– You know what I was thinking?… he said
And then a new world was created, full of imagination and theories and words unspoken. They were the underachievers and they were the most important element of the human spirit.