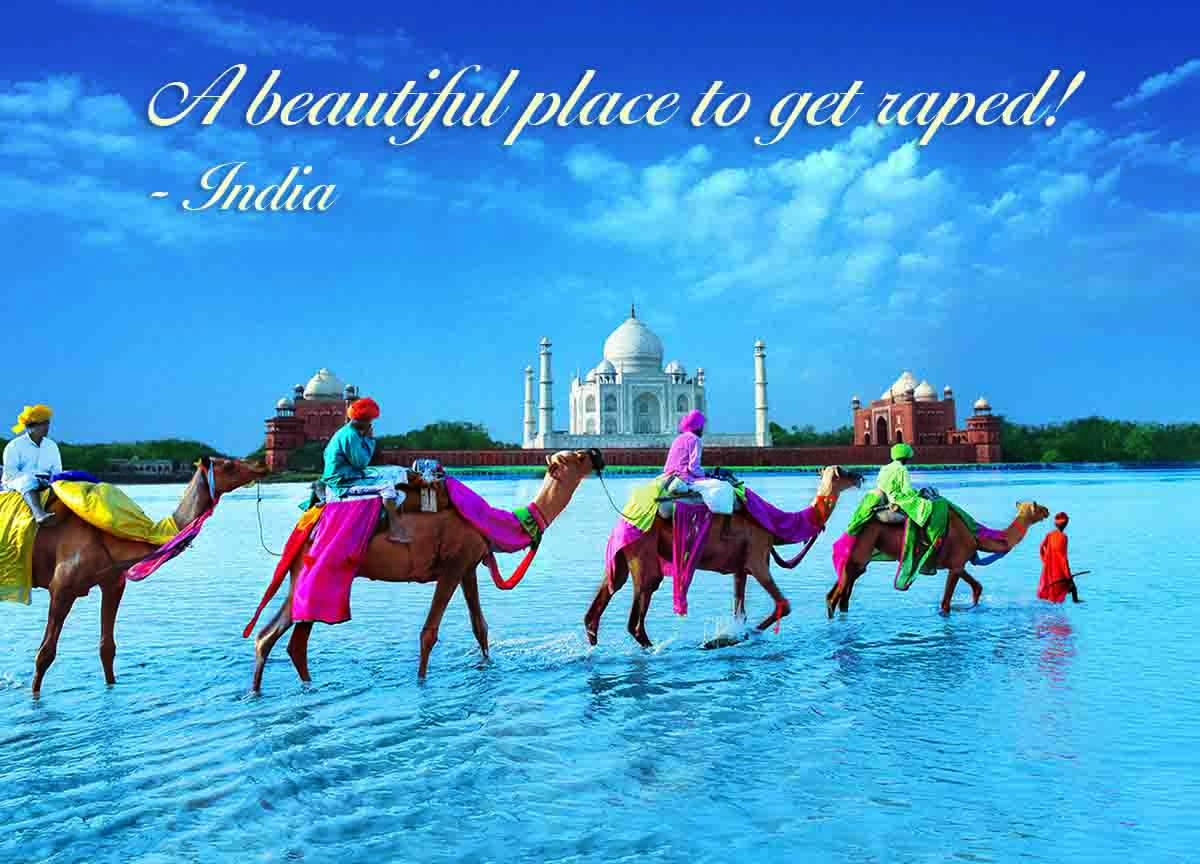 India has caught the attention of the World with it’s savage groups of violent and rapist men but as to be fair, I’ll mention some other places known for their anti-Women culture, including my own country.
Being the year that it is, people often debate serious things like Rape and Violence on Twitter, Facebook and even 9gag. For example, I posted this picture and another on 9gag and altough a lot of people are acting like jokers on this platform, they can get serious when needed. One anonymous user said:

I am sorry as well to put him on the spot but that’s the truth! I would probably reply the same thing when you would complain about nasty Romanians. And it’s not the Media that it’s making things worse. According to Time magazine – in an article written by Nilanjana Bhowmick from New Delhi, India – the rape thing is actually not that bad. Her logic is that more rapes are being reported now and that the International Media keeps pressing on this topic. That is true but I think a lot of us can make a difference between a viral report and an actual truth. It’s very good that people are starting to talk but the problem is not just the existence of Rape in India but the mass involvement of it’s people in this cult of anti-women belief. Of course we know about the good things India did, about the history and old religion, about the very smart scientists and economists and actors. Remember that was mass advertised as well? What good are those positive things doing for India now if India is experiencing a total social collapse? And it will be a huge gap in the society with time because…what are you without your women? Your society will be bleak and with the craze of the society from P.D. James’s The Children of Men. You’re driving yourself mad and you don’t even know it. You will, but it will be too late.
On a diplomatic side, I would institute harsh treatment for India! If Russia is to blame for an Abuse against people, why not India as well? I would cut most financial and diplomatic ties with India. I wouldn’t even play football with a team from India, just to stand my ground in the face of these social horrors. I would work of course with the small elites, those brilliant professors that you saw over and over in Documentaries and with the decent economists and business men, but with the big Government and with the big Businesses and Suppliers I would stop the normal flow because it’s society, the DNA of a State, it’s corrupt. 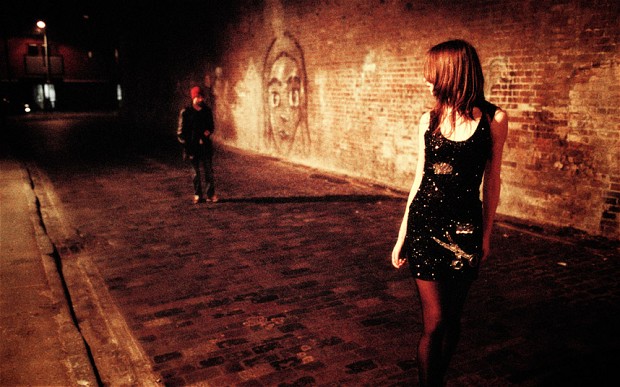 Not to be shallow, you should also speak about your own countries where crimes against people but mostly against women are in high numbers. You can do this also through the negative example of other countries like India, because you confirm your belief and you’re also probably trying to shame your own Government by saying: this is how we will become if we don’t act now!
Turkey – for example – had a very twisted sense of family for generations. I heard that things are better now although I’m not that sure. Just like the Arab mindset, Turks were very careful about what they’re daughters did, what they study, who they were seeing and how. I get the family concern but this is Terrorism, it creates terror. Sadly this starts in your own home, not in the streets, not in the Government. Any slap on the face or scream directed to a woman that wants to be free is wrong. We shouldn’t talk about this! It’s like talking about the need to drink water. It’s absurd. Women are People and people have free will. That is the absolute truth no matter what different cultures or religions say.
Let’s point a finger at my country as well. It is true that there are worst places in the world than this. It’s true that we do have some freedoms that others don’t but that doesn’t make it OK to sweep all the dirt under the rug. It’s funny how entities like the UK or the USA are pointing a finger to small countries for their violence when they themselves have it worse. In Romania there are no bomb attacks, there are almost no statistically-relevant deaths caused by guns. But…violence does rule in most of our cities, no matter how big or small. They aren’t seen all on TV but they are there. In neighborhoods, at school and mostly at home. And these are serious acts of violence, like kids of 17 years old stepping on another kid’s head in a fight. That’s dangerous but somehow so many of them develop a physical immunity to all this trauma. But the psychological immunity is pretty low. It’s though, it’s brutal and it makes you a sadder person and a depressive one as well. So you can’t really tell someone that kids in Africa are starving or having a bad time there when you, in your quasi-Democracy, are being yelled at every day at home and at school and are often beaten for your lunch money or beaten for no real reason or shamed by parents and teachers and even by some public servants. That is a genuine disaster as well, more so if you are a deep thinker, an intellectual.
For the women of Romania the abuse is at a smaller scale but relevant for each and everyone of them. The official numbers in the last few years showed less than 600-700 rapes per year. Official is just another word for „I guess”. Statistics is one thing but if three women in the whole country were raped, that would be a disaster in itself, just because that’s how the women would feel about it. Women do have rights and freedoms here and are mostly protected in a way but that is just as a general social sense. This is not enough but it is very good because in countries like India is this exact general social sense of the issue that makes things what they are. In Romania, although we care for our women (again, in a way), we – the general society – are not very smart-acting when it comes to this. As a social conduct, men usually talk dirty about women. They disrespect them and they don’t really care about a woman unless maybe if it’s their own mother or their own wife. Oddly enough, Romanian men don’t have a sense of the same care for strangers, for different women. So they may love their mother vigorously but they could rape the neighbor that is of their mother’s age without thinking much of it. This happens mostly when drunk. It’s not an excuse but it shows something in the Statistics of the action. 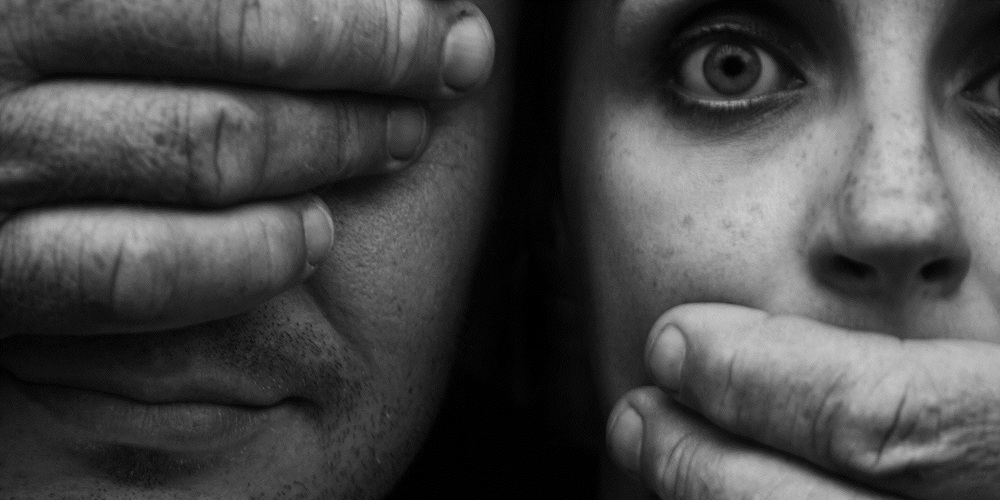 I’m deeply saddened of course about all the young girls being raped or almost raped that never said a think about it to the Authorities or even to their parents. They mostly confess to some friend after years of that happening. The Authorities themselves are the problem in most cases. Most of them, don’t care. The Policeman here has more prestige if he works on „serious” cases like „murders” and „high-value burglary”. Policemen don’t want to waste their time by writing a report for some stolen ear ring or for a slap on the ass from a stranger on the road. This lack of action gives the thieves or rapists the courage they need to „upgrade”. Even in cities like Constanța, which is a pretty big one with almost 300k people in it, and a harbor and beaches, we see these corrupt actions perpetuated by local politicians and Police. The example above was heard in Constanța. Some girl complained to the Police that someone grabbed her ass and they just laughed. And when the Press gets in their face they become all serious and they complain that they can’t do much because they are a few people, with few resources and so on. This also makes them corrupt in the sense of them working with the actual thieves on the street. They know them, they don’t sentence them but they do ask a „tax” from them and set them free. We all know this, nothing is done still. Because of fear. Fear of loosing a job and not finding another one, fear of retaliation, fear of what somebody would say (shame)… So…like all people in a country like this, women don’t have a decent life here, but they usually have it worst. That doesn’t help the dynamics of Men and Women relationships. We should be fair and just. Most rapist don’t even know what they’re doing at first, they’re just acting on some twisted instinct. We should understand that instinct because it’s probably linked to the first forms of Men but we live in a society now and these rules matter for a thinking species. A rape, almost like a beating, it’s not just a physical damage. It mostly affects the psychological side of us. For ever. And ever. That’s how dangerous this act is.

Anyway. I’m talking about thinks that should be common thought. But these things aren’t that. We should Punish better but mostly we should Teach better. If someone is an animal and you’re acting like an animal toward him to fix him, to give him a taste of his own medicine…well, you’re already losing that battle of changing him for the best. The Anti-Women Country is a vast situation and we should start thinking more about an issue like this. You can’t invent something, fly to the outer Space or make an Economical change in your country before you make that social change. Without sane men it will be Chaos, without women it will be Extinction.