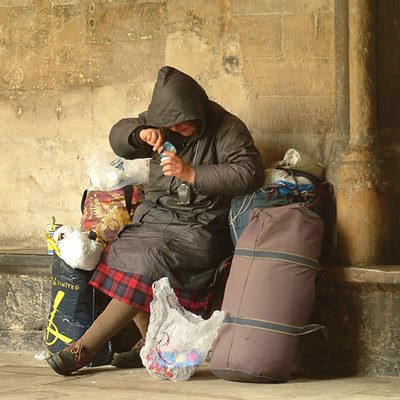 There’s this viral video of some German kids singing next to a homeless guy. It’s quite lovely and I like the beat but also the style. It reminds me of one of those live improves like Beirut- Nantes. Remember them? Nice guys… But it’s not just about the music and style it’s about a message. A message of helping out maybe, a message of awareness.
This viral video has like 9 million views but I found a related video that has like 215.836 views. There’s maybe a lack of interest because of the non-HD, non-Full HD, non Ultra-HD quality but the message behind this non-popular vid is far more compelling. Different countries have different homeless people but everywhere there are those that are really aware of their condition in comparison with other…beings. And they are hurting, and they are grateful for those 5 bucks, 10 bucks or the rare 30 bucks for a hostel room and a meal. And they matter. The general population might not approve of them but what they do is not really a choice. And they are humans, yes. And they have something to say. So let’s watch the next video and think more about the individual, the particularity of a person and of it’s particular joyness or pain!