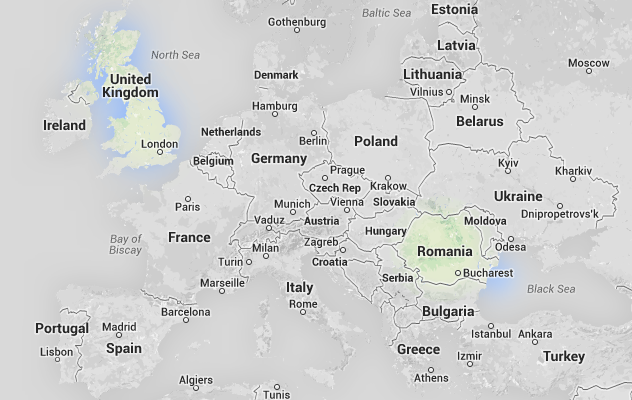 Boo! Did I scare you? Why would that title scare you? What is so strange or scary about people migrating from a place to another? Humans have done that since the beginning of time and nobody panicked that much! But yes, there were issues and there will always be issues on such matters.
Let me go back to the scare. Let’s talk about Italy, a country with so many of our own populating it. In July 2012 you had about 94.000 Romanians living in the UK but do you know how many Romanians were living by then in Italy? About a million! That’s more than 20% of foreigners in Italy. That gave you the chill right? Again, why would it? That happened over the course of more than 20 years. Some of these Romanians remained lazy and bad maybe but guess what, Romania has the same problem with these types of Romanians. Other people from this country went to Italy or Spain or even the UK and are now loved and respected by a big part of the community. Isn’t this logical? Good people and bad people from the same heritage are an inherent state of fact. So why would you be scared of me? What did I do to you to deserve such a rash trial?
It’s we who are scared of the British or the Germans or the French. Romanians don’t know the meaning of Terrorism, we never really had a mass-murderer in our recent history, our protests don’t end up in blood and rampage! The majority of people from this land never really lived much more than a simple man could live. Your simple man is so different than our simple man. So why do you scare us more? There are so many good and smart people getting out of this Hellhole we call Romania and apart from being emotionally and psychologically scared in their own country they are now met with such hostility in places that should’ve been different than the small and involved country that they were born into. So it is in fact quite sad that these people are scared of making a better change in their life just because other people think less of them, not really giving them a fair chance from the beginning.
There’s this article on Sky News. Apparently a lot of people thought that the 1st of January 2014 – the day work restrictions for Romanians and Bulgarians came to a hold in several places around the world – would be something of a horror movie or a Y2K or 2012 scenario. I’m pretty sure that most Romanians don’t know yet about this change. I’m also pretty sure this migrating process will show it’s high numbers over the course of many years. The article features a video with a Romanian guy called Victor. When you take a look at him you ask yourself one question: Where the hell is Scooby Doo? But to me he looks messy and tired from a very long trip. He says he’s going to wash cars but hey…not everybody is a Professor or a Doctor. But wait, there is a second video of this „political ambush”, one not shown in that article. In this video we see the same Victor but we see also a more clean and proper version of a human being who happens to be a Romanian and also a Dentist working in the UK. It’s ironic how he says that people don’t see these good Romanians but only the bad while the article kept him hidden and even the video doesn’t really capture his face much.
Anyway, I guess that’s the point I’m making. There are good people and bad people. These types could be Romanian, British, French, American and so on. Apart from other less evolved countries, Romania succeeds somehow in providing a good workforce and even great people or great entrepreneurs. It is in fact a matter of the individual more than it is a matter of race or heritage. So maybe a British person should judge things of this sort as an individual and observe the foreign people as separate individuals. Maybe then we will all be less scared of each other.